Sunday morning. 8 o clock.  I may be slightly hungover from too much M&S champagne while watching Xfactor with my fellow reality TV counterpart, Eileen.

I say to myself I know what i'll do, ill stick a movie on, lie on the couch and get a snooze while Annie watches it-what a fantastical idea! and you still half drunk, well done you ...   So I put on Barnyard; an animation about cows who have an active nightlife of dancing and singing and walk around on hind legs.

Harmless enough....OR...not if you have a child like mine-

20 mins later after reflective thought "I dont like milk...."

So many questions! So, so many beautiful questions, so many in fact, they often make me question their potential answers myself.  like at church, "Mom, why are the people kneeling down?.." "Mom what are all the people standing up?.."" who decides when they sit down..." actually yeah, who decided all this?...
and then the more poignant ones; why do you have to work? why do we need money? why do we pay rent? why do we need stuff to live.

These kind of questions make me sad, they remind me that she still has to figure out what a cold, cruel world she's up against.

Naturally, all these existential queries  happen really early in the morning or in the middle of the night ( explaining dreams is much, much harder than it sounds...).
But this morning, something special happened. I was let down at the last minute for child minding  and had to get up extra early to drive Annie to my mother's.

We got up in the dark and had a quick breakfast before we set off. I had to get kettles of water to defrost my windscreen and everywhere, the ground was covered in a thin layer of white. Christmas is approaching.

Our breaths made huge clouds and dawn was rising as we bundled into our seats, her in her pajamas, fleece dressing gown and uggs, me in whatever clothes lay on the chair and with pilly foo hair that would make any post- grunge ernu drool. We set off in the semi-darkness, both of us in a dazed, contemplative state.

We were very lucky to have the full moon still out following us as we drove along the countryside towards the mountains. So, inevitably,"look! the  moon is moving along with us!""is it coming to granny's?..

A short while later, some whining as the moon was now behind us and was not in full view anymore. Some more explaining which led to the discovery of the world being round and the moon moving around us. I saw her little eyes then in the rear view mirror.

Her perfect little face with hot chocolate around the mouth, leaning back on her headrest, pink light reflecting an ethereal glow on her. I saw her process this information and I saw her shiny eyes sparkle as she thought. and thought, and thought. We drove like this in silence watching our fascinating surroundings fly by in the early morning light. We were quiet, fresh, raw, soaking it all in.

Was she realising things about the world she had not known before? Was she thinking about what was out there, beyond the stars and moon and blue sky? Was she placing herself somewhere in this huge world of hers? was she trying to figure it all out? I realized something pretty amazing then. When it came to all these questions, we were in the same boat, I can never give her a definitive answer.

I will be answering lots of things  all my life to her but when it comes to secrets of our beings in this universe, our spirits, our energies, our destinies, we'll be figuring that one out together, she may even be the one to inform me.

What a wonderful  thought.

What an incredibly present  feeling driving with her this morning.

The sky was so pink. 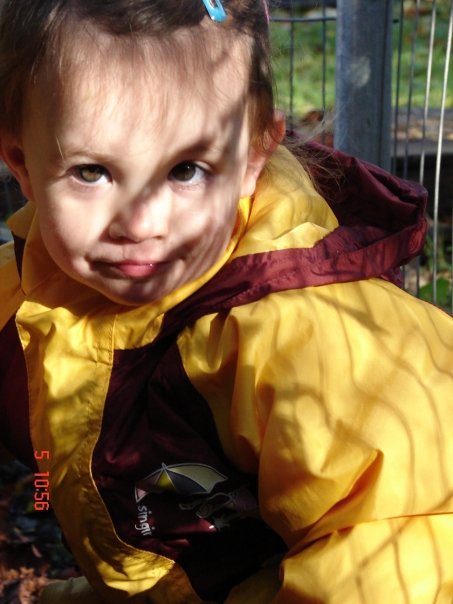 Back to About Me